" />
You are here: Home / Archives for defaulted loans 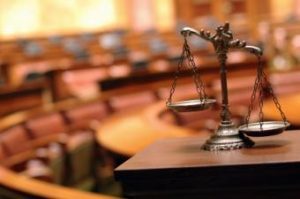 A recent unanimous Supreme Court decision on Monday could have vast implications for the mortgage and loan industry, particularly the secondary market, unless the Fair Debt Collection Practices Act (FDCPA) is amended by Congress.

In the case Henson et al. v. Santander Consumer USA Inc., the petitioners claimed that Santander, who had bought a number of defaulted car loans from CitiFinancial Auto, had to abide by the rules and regulations set out by the FDCPA as debt collectors, not loan originators who were trying to collect a debt for themselves. The petitioners brought their case in front of the Supreme Court in an appeal of the 4th Circuit Court ruling that, ultimately, the Act defines debt collectors as a person or entity that “regularly seek[s] to collect debts ‘owed … to another.’” The court found that, since Santander was seeking to collect the debt they themselves were owed, they were not collecting on behalf of another person or entity.

The petitioners continued this same line of semantic argument in front of the Supreme Court. The word “owed” they said, is a past participle of the verb “to owe,” which would encompass the attempted collection of any debt previously owed to another.

The Supreme Court, however, thought this to be too much a stretch. They are of the opinion that Congress has, in the past, been very specific as to their definitions, and that while they may not have envisioned a time when the secondary market would be such a large industry, that still did not change the fact it was not within the purview of the court to extend the reach of the a law.

In the report, Justice Neil Gorsuch writes, “And while it is of course our job to apply faithfully the law Congress has written, it is never our job to rewrite a constitutionally valid statutory text under the banner of speculation about what Congress might have done had it faced a question that, one everyone’s account, it never faced.”

So what does this mean for the mortgage industry? Any entity, bank, or credit union that purchases a defaulted loan is not, under the letter of the law, considered a debt collector, and thereby not subject to the rules and regulations set in place by FDCPA.

It is worth noting, though, that the petitioners believed Congress excluded loan originators from the Act because Congress believed they already had legal and economic incentives for good behavior. Given that many organizations that participate in the secondary market also have business dealings in originations, there is reason to believe the good behavior could continue without congressional intervention, although it may be necessary.

“Many wondered what impact U.S. Supreme Court Justice Neil Gorsuch would have on the court, and now we know: author of a 9-0 decision “limiting” the definition of a debt collector, meaning someone buying debt to collect it for themselves does not fall under the FDCPA,” said Michelle Gilbert, Managing Partner of Gilbert Garcia Group P.A. “Given the expansion of the reach of the FDCPA by courts and judges since its enactment in 1977, this decision should propel our industry to work harder to lobby Congress for changes in the law.”