Last week, the U.S. House of Representatives voted to roll back a number of banking rules enacted in 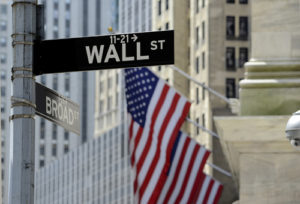 2010 under the Dodd-Frank Act. The Dodd-Frank Wall Street Reform and Consumer Protection Act, known simply as “Dodd-Frank” for short, was passed in response to the housing crash and subsequent financial meltdown in 2007 and 2008. The legislation was arguably the most significant financial regulation adjustment since the reform bills that followed the Great Depression. Dodd-Frank has been hugely controversial since its inception because of the extremely heavy oversight it placed not just on the financial industry, but also due to the far-reaching effects of the federal entities it created, such as the Consumer Financial Protection Bureau (CFPB). Last week’s passage in the House of the “Financial CHOICE Act” could, if the bill also passes in the Senate, roll back many regulatory changes that have not necessarily protected consumers and that have made getting a mortgage far more difficult for the average homeowner.

Individual real estate investors were caught in the crossfire, so to speak, when then-President Obama signed Dodd-Frank into law in 2010. One of the biggest ways in which it affected real estate investors revolved around new regulation of seller financing, which the law categorized (appropriately) as creating mortgage notes. When a property owner seller-finances the sale of their property, they allow the buyer to make payments to them on the property rather than requiring a traditional bank loan. Dodd-Frank placed stricter rules than had previously been in place on how sellers could finance properties that they were selling to owner-occupants and required that companies and individuals who made more than three home loans each year hire a mortgage loan originator (MLO) to complete transactions. Dodd-Frank also affected how private lenders made their loans and changed how a number of investors and real estate instructors who had previously offered students and colleagues valuable “proof of funds” letters for transactions did business.

On the whole, however, Dodd-Frank mainly affected conventional homebuyers who found themselves unable to finance their primary home purchases via traditional 30-year-fixed mortgages because lenders were wary of the regulations and legislation. Many analysts blame the act for the “credit crunch” that has existed since 2008 as lenders backed off lending practices that they felt might open them up to litigation or create another wave of foreclosures in the future, but smaller players were less affected than many had initially feared. By and large, real estate investors adjusted their practices and then continued with business as usual.

If it was largely “business as usual” for investors once the initial furor over Dodd-Frank passed, what happens now that the current administration might succeed in repealing the act? According to House Financial Services Committee Chairman Jeb Hensarling (R-TX), the biggest effect of the CHOICE act will be to strip a great deal of power from the CFPB. The CFPB was originally intended mainly to protect borrowers from unscrupulous lending practices, but it has extended its reach far beyond that and into all aspects of the nation’s credit industry and into other “consumer protections” as well. Not surprisingly, such federal reach (or overreach, as many see it) has not been well-received in many business sectors where entrepreneurs, small-business owners, and investors feel unfairly targeted. “We will replace Dodd-Frank’s growth-strangling regulations…with reforms that expand access to capital,” Hensarling promised last week. He introduced the CHOICE Act to the House and has promoted it as an avenue to increase small businesses’ options for obtaining capital.

Most real estate investors and, indeed, most of the financial industry, have instinctively applauded the notion of a Dodd-Frank repeal because this population generally supports lower levels of federal oversight. President Trump, an astronomically successful real estate investor himself, has said repeatedly that “tight lending practices” and overzealous bank regulation in the wake of the financial meltdown have hindered a true economic recovery in the United States. Opponents to the repeal like Pamela Banks, senior policy counsel for Consumers Union, say that it could cause another financial crisis by “leaving Americans vulnerable to financial fraud and rip-offs” such as poorly-backed mortgage loans that precipitated the housing crash in 2007.

If the CHOICE Act passes the Senate, which is the next step for the bill if it is to become law, it will move to President Trump’s desk for his approval, which he would likely give. In that event, here are three things that could happen that would directly affect your real estate investing business:

In 2016, first-time home buyers accounted for fewer than one-third of all home purchases for the previous year. That is historically low; the long-term average for this number is closer to 40 percent. Homeownership also was nearly the lowest since the federal government began tracking it, with fewer than two-thirds of the population owning rather than renting. If the Dodd-Frank repeal does loosen loan standards, there is likely to be a burst of buying activity as would-be owners try to make purchases before interest rates rise. The Federal Reserve has said it will raise rates a total of three times in 2017.

Opponents of the repeal say that loosening lending standards will precipitate another housing crash. In 2007, the housing market melted down in large part because homeowners had borrowed far more money than they could afford to pay back over the long-term due to easy access to subprime loans that required little to no money down and that had what housing advocates call “abusive” terms that required large balloon payments a few years into the loan or that allowed interest rates on those loans to rise abruptly and sharply after an introductory period of low interest. Homeowners took on these loans believing, in many cases, that they would be able to refinance their homes on better terms thanks to fast appreciation, but often failed to successfully do so, resulting in tsunami of foreclosures that culminated in the housing crash.

Most experts agree that another housing crash in the near future due to a Dodd-Frank repeal is unlikely because subprime lending is not incentivized as it was prior to the housing crash and lenders are unlikely to repeat those poor decisions without those incentives in place. Furthermore, tight inventory on the lower, starter-home end of the spectrum is likely to keep demand for real estate both for rentals and ownership strong. Finally, a stabilizing economy and improving employment numbers will probably counteract, at least in the short term, any instability that might result from easier access to mortgage loans.

While the repeal of Dodd-Frank will likely send an immediate flurry of buyers into the market, over the long term it is likely that single-family rentals in particular will continue to be big business for real estate investors. With millennials comprising the largest number of would-be first-time buyers, the amount of existing debt that this population will bring to the table when attempting to buy will likely interfere with their ability to actually land a traditional mortgage. Furthermore, thanks in large part to astronomical student-loan debt, millennials as a population are less likely to find homeownership and the mortgage loan that goes with it as appealing as older generations. The nearly 70-percent homeownership numbers that the U.S. posted immediately prior to the housing crash are unlikely to be repeated even if Dodd-Frank is repealed in its entirety (unlikely in itself), and rentals will quite likely continue to be a strong, stable source of income for investors around the country.

Remember, It’s Not a Done Deal

Perhaps most important for real estate investors to remember as Dodd-Frank dominates the headlines is this: at present, not much has actually changed. President Trump signed an executive order on Dodd-Frank back in March of this year basically demanding a “review” of Dodd-Frank in preparation for the rollout of some type of legislation like the Financial CHOICE Act, but so far, little has happened to really change financial regulation. The CHOICE act has a great deal of support, but it is highly partisan in nature, which will make it difficult for the bill to pass the Senate without being adjusted in order to avoid a filibuster. The Senate announced last week that it would begin work on its own version of the CHOICE Act this summer, and it seems likely that the CHOICE Act will not survive a Senate vote unless the repeal is “toned down” fairly significantly.

For now, the best thing that real estate investors can do is keep their cool and monitor the situation. Dodd-Frank was not the end of the industry, as doomsday-sayers predicted when it passed, nor will its repeal (or the lack of a repeal) save or condemn the national housing market. As is always the case, the true strength of our national housing market and the real estate industry lies in the investors who are active in the sector and who work creatively within whatever confines the government and the market set to generate housing opportunities for the public and new opportunities for success for themselves and others in the process.