" />
You are here: Home / Note Investing / How Important is Emotional Equity?

Emotional equity mitigates the risk in the note buying process.  There three types of notes in this business are of three types which come in the form of high equity, partial equity, a 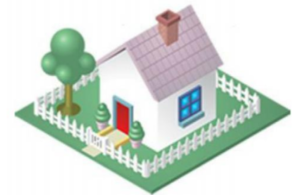 nd no equity notes. Majority of the note buyers contemplate on the more obvious profits, without giving any consideration to the possibility of profits coming from emotional attachment. Emotional Equity.  Many times the forgotten and sometime the most important attribute to consider when purchasing a note.

People were used to buying equity covered deals during 2007 so that in the event that the homeowner makes the decision not to pay any longer, they would have the option of foreclosing and recouping their money while making profit at the same time. Nonetheless, with the housing market crash in which most of the home values were wiped out, the disappearance of those equity notes began. Any attempt to purchase them now will result in paying a premium. This is why it is a wise decision to have the positives to every kind of note taken into consideration. It is worthy to note that purchasing equity against no equity deals is the fact of no-equities being cheaper, yet the upside potentials of the two are identical.

The fact that homeowners have no concept regarding the worth of their houses and that majority of them are not really interested to know since the houses are theirs anyway, which is most important, are the two things that must be put into consideration before purchasing notes. The majority of homeowners have no interest in leaving their houses, considering the fact that these homes are the places they grew up in, and as such, have lots of memories there. Also, these houses have enough space to contain the entire family. Many of these families have lots of kids that cannot just be uprooted and move them to somewhere else, since such thing could be very difficult to cope with. One who is a note buyer must keep certain things in mind such as details of homeowners having the tendency to continue holding on when it comes to certain things, thereby making it imperative for them to keep on holding to their houses. Note buyers have great opportunity here if there a willingness on their part to take the risk and have things worked out with the homeowners since they will always refuse to vacate their homes. This may be the time for investors to exert effort in carving out plans for homeowners to take into consideration. A no equity deal can benefit both parties, for the fact that the investors will receive monthly payments while simultaneously have the latitude of structuring terms that would favor homeowners.

Nonetheless, it is not only nostalgia that sometimes makes it difficult for homeowners to vacate. Expenses play important role as well. For a party of seven, for example, renting an apartment would prove even more expensive and inconvenient for them. Again residing in an apartment might not be a viable option especially in cases where the homeowner has pets. Matters like these motive homeowners to either look for additional work or demand for a higher income so as to retain their homes and avert foreclosure.

It is for these reasons that note buyers should weigh and make analysis of all probabilities. The perfect note does not really exist. Sometimes people miss an opportunity to make profits just because they want to avoid risks. Have a second thought over this! Emotional Equity is a very important ingredient of the note buying process.